Nine-year old Toluwani had just stepped into my office . He turned to the TV screen just as the CNN anchor announced...

Nine-year old Toluwani had just stepped into my office . He turned to the TV screen just as the CNN anchor announced that Biden had won in Georgia. Pumping his fist, he went “yeah! I am so happy Trump has lost”! He is a rather intelligent and precocious young man but I was still amazed that he had an opinion on the American Presidential election. I asked why he wanted Trump to lose and he replied without hesitation: “he insults everybody. He calls his opponent Sleepy Joe. That is rude” I looked at him and said a silent prayer for him even as I remembered the words from the Bible: “from the lips of infants and babes…” It is truly shocking that almost 70 million American adults (and counting) had a different opinion about what their President had represented in the last 4 years and were keen to have him come back. But then again, almost 60000 of them went out and stood in a queue to vote for Kanye Kardashian West to be their President.

I thought back to who was the American President when I was 9 years old. He was a gentle, peanut farmer from Georgia, called Jimmy Carter. Mild in speech and mien, he served for one term and lost to Ronald Reagan, the Hollywood retiree and Governor of the State of California in 1981. I remember that Reagan came into office at a time the U.S. was still reeling from the humiliation of losing some of her soldiers and a helicopter in a failed attempt to rescue U.S. citizens held hostage in the embassy in Teheran by Iranian students. The episode and the 444 days the hostages spent in captivity largely led to the poor Mr. Carter serving only one term as President. Despite that, the stock of the U.S and its President on the international stage remained high. Ronald Reagan was a Republican and tough like the characters he played in the Hollywood Westerns he acted in before becoming a politician. It was still the cold war and the USSR was the enemy. China was still in the shadows and not yet a threat. Yuri Andropov was the leader of the Communist Party and the sworn enemy of the United States. Spy games were at their peak but civility was always maintained in public conduct, even if there were schemes constantly going on to undermine each other’s countries.

The Senior Bush took over from Reagan in 1989. I remember Reagan survived an assassination attempt in 1981 when some mad man decided to shoot him in an attempt to impress an actress he was obsessed with. I can never understand how that was supposed to have worked but who knows what goes on in the heads of people like that. The President made a full recovery, to the relief of the entire world, political friends and foes alike. He was a tough one, Reagan, but he was respected and he had respect. He did 2 terms and left the scen in 1989 for George Bush, the father. It was during the time of George Bush Senior that Sadam laid the foundation for his eventual demise. He woke up one morning and decided, probably after smoking shisha or some other delusion-causing substance, to expand his borders. So he invaded and annexed Kuwait. He huffed and puffed and promised the U.S. led coalition ‘the mother of all battles’. He introduced a new word into our lexicon: Scud missiles! He fired them into Isreal and Saudi Arabia. When someone was speaking to you and he released a ‘scud missile’, you had better take cover. Of course, he was roundly defeated and though the popular sentiment in America was for Bush Senior to chase him into Baghdad and remove him, he was a gentleman and did not deem it necessary to go beyond the mandate of the United Nations which was simply to liberate Kuwait. And I suspect, he wanted to leave something for his son, Little George, to do. The thing was despite the fact that America went to war with Saddam, a brutal dictator who laughed while gassing his People, I cannot recall the President ever using an insulting term to describe him personally. That just wasn’t the way things were done. He did a single term and left, but not before overseeing the fall of the USSR and the dismantling of the Berlin wall in 1991.

Then came the first ‘black’ President, ‘Wild Bill’ Clinton in 1993. He was cool like a black man. He played the Saxophone. He could ‘talk for Africa’. He was extremely popular. Everybody loved him, and some couldn’t resist showing him how much, even if they could only express it under the table. He was loved home and abroad. Charming, even when he lied to congress and swore straight into the cameras that he “never had sexual relations with that woman”! He was impeached but still forgiven. There was just something about the guy. Let he who has no sin cast the first stone. So he did 2 terms, despite his indiscretions. And having Hilary, a well respected and all American career woman by his side as First Lady, ever ready to forgive, did not hurt him either. He is still one of the former Presidents with the highest approval ratings.

And then there was George Bush Jnr. For some reason, he was often portrayed as not very smart, even though everyone respected him and he dignified his office. Unlike his Dad, he never threw up in the middle of a State Dinner all over the Japanese Prime Minister but he sometimes managed to say things that were not very bright. But he was a good man and his honesty and motives could never be questioned. Well, at least not until he invaded Iraq along with Tony Blair in 2003, under the pretext of looking for Weapons of Mass Destruction when in truth, he just wanted to finish what his father started 10 years earlier. He was however a gentleman still and the worst insult he passed on Saddam, despite killing him, was to mispronounce his name in a way that gave it a different interpretation in Arabic. Instead of the proper way of pronouncing it which meant ‘Learned one’, he pronounced it in a way which meant ‘shoe shiner’ in Arabic. Apparently, this was deemed quite insulting at the time but the world had not met Donald Trump yet. That insult could also have been responsible for a journalist taking aim at his head with a shoe during a Press conference in Baghdad.

2008 was the year I first got interested in who became the President of the United States. Somehow, I found myself watching the Democratic National Convention and the nomination of Barrack Obama as the DNC candidate to become POTUS44. I listened to his acceptance speech and I immediately fell in love with the man. Who was this young, handsome, articulate, orator who spoke so passionately and effortlessly at the same time? And he was black. Real black, unlike Clinton. I followed every step of his campaign and when Senator John McCain gave the concession speech, I was filled with awe for America. Obama went on to wow the world for 8 years as the President, bringing unprecedented panache and humaneness to that exalted office. He was a rock star in ‘Suit and tie’! Anywhere he went to in the world, he was adored and the crowd was like they were out to see Michael Jackson. Ever polite, ever warm. His wife, Michelle, was the perfect partner and with his lovely daughters, presented the perfect family portrait. And he also killed Osama bin Ladin.

One of the greatest puzzles I have been unable to fathom has been how the United States of America transited from this articulate, thinking, calm, polite, caring President, a man without a whiff of scandal before and after he became President, a husband to one wife and mother of his children, to a man who is generally acknowledged for his moral bankruptcy, a tax evader and woman abuser on his 3rd marriage. A man caught on tape talking about female body parts in the crudest terms and who boasts of his ability to avoid paying what he owes the country. A man who glorifies in his bankruptcies! How did the earlier man get to be tagged ungodly while this person that prefixes every opponents name with an insult gets to become the ‘Shield of God’? A man whom had been clocked as at June this year to have told over 20,000 lies during the four years he has been in office. A fellow who represented that most despicable of all things in a man: a bully!

Trump has managed, in the 4 years he spent in the White House to desecrate every institution the United States spent 200 years building. He somehow was able to do what the Soviet Union and all the Communist Bloc could not achieve during the Cold War and which Russia and more recently, China, had been unable to do: make the greatest country in the world a laughing stock and bring it to the edge of imploding. He has demystified America. I don’t know if the world will ever look at that country in the same way again, despite its power. The scariest thing though,is that were it not for COVID-19, he probably would have been re-elected. It shows the true nature of the country and what the people really hold dear. The veil has been lifted, thanks to Trump, and the world has been given a glimpse into the deepest soul of the ‘Great’ U.S. of A.

Welcome Joe Biden, but we are wiser now. 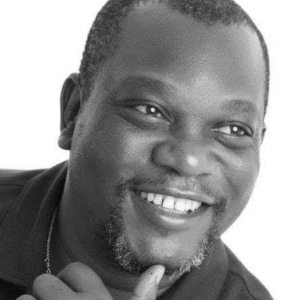